As per the new rules of third-party insurance, if an individual buys a car after 1st September 2018, a portion of her/his motor insurance premium representing the third party liability has to be paid in advance for three years. On the other side, for a new two-wheeler, the owner has to pay the premium for five years in advance.

The move follows an order passed by the Supreme Court last month directing the insurance company to provide long-term cover to vehicles in the wake of a large number of uninsured vehicles plying.

As of now, the rules are applicable only to new cars and new two-wheelers which are purchased post 1st September. The Insurance Regulatory and Development Authority of India (IRDAI) circular has still not disclosed about the application of these rules to the existing vehicles.

NCB (No Claim Bonus) is a discount which is given by the insurer to the policyholder for making no claims during the policy term. This discount can be accumulated over the years and the discount ranges from 20-50% on the Own Damage Premium. One of the major disadvantages of the new rule is that if the customer goes for the long-term comprehensive cover, there would be no NCB. For instance, if the policyholder has a long-term car comprehensive policy and there is no claim for the first four years and he claims in the fifth year then no NCB would be calculated. That makes out to 40-45% of the premium amount paid.

Another drawback is if the customer goes with three years or five years term plans and if he has a poor claim experience he/she cannot change the insurer until the end of his three orfive-year plan. The policyholder has to stick to the insurer as far as the term of the policy is.

With the implementation of the new third party rule, the insurance company would get a huge benefit from the one-time amount they would get from their customers for their policy. Subsequently, the customers should come forward to ask the insurers to provide them with the discounts for the long-term benefits.

Insured Declared Value (IDV) is the current market value of your vehicle. It is the highest sum payable by the insurer for a vehicle insurance policy. However, as the age of vehicle increases so is the percent depreciation for adjusting the IDV also increases. A car with IDV is entitled to 20% discount if the policyholder has not made a claim. The money saved on the Own Damage Premium keeps increasing every year with the discount increasing annually. It is recommended to buy long-term third party cover and one year OD cover so that one can have an additional add-on if they feel like buying in the next year.

Note for the new car or new two-wheeler buyers

There are customers who prefer buying insurance at the time of purchasing a car or bike from the dealer itself. However, after the introduction of the multi-year third-party covers, it becomes vital to make an informed decision and go with the optimum plans. The customer should take out some time and compare with the various quotes available online and then take the decision of going with any policy. Since the amount customers have to pay now is abit higher to what they used to pay earlier, it becomes mandatory to take the right decision in selecting the best option that suits them. 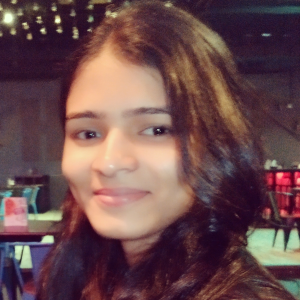 An engineer by mind and a writer by heart, she is a perfect amalgamation of technicality and creativity. She can easily mesmerise people who are suckers of good writings. She strongly believes in constantly nurturing her forte of drooling people for her words effortlessly.
All Posts »
PrevPreviousNeed of Insurance for Pharmaceutical Industry
NextNo more bargain hunting for Term Insurance!Next