It’s important to understand the idea of a nominee in a life insurance policy if you intend to get life insurance. It is a crucial component of insurance, and every policyholder needs to be aware of it.

In essence, getting life insurance serves to protect your loved ones financially in trying circumstances. A strong financial plan can be made when you correctly interpret the nominee’s meaning.

What Does Nomination in Life Insurance Really Mean?

When a person purchases a life insurance policy, (s)he has an option to select nominee(s) who will get the financial benefits of the policy after the policyholder’s death while the policy is in effect. This process is commonly known as nomination.

A nominee is someone chosen by the policyholder who will receive the financial benefits in the event of their death while the policy is in effect. A nominee is often the spouse, children, or parents of the life insured. A policyholder may, however, nominate any dependable person as their choice.

A nominee is someone to whom the policyholder intends to transfer the accumulated financial advantages upon death. The vast majority of insurers favor naming their kids, spouse, etc.

The following categories of nominees are eligible for benefits:

The nominee is known as a “Beneficial Nominee” if they are the policyholder’s parent, spouse, or kid (an immediate relative). Only the beneficial nominee is given the death benefit amount.

In the past, there have been instances where a legal heir caused issues since the policy explicitly names another candidate to receive the death benefit. To avoid this, the IRDAI developed the idea of “Beneficial Nominee.”

It indicates that when a policyholder names a close relative as the nominee in life insurance, such as a partner, guardians, or children, they become the policy’s beneficial nominee. The insurance proceeds cannot be claimed by any other legal heirs if a beneficial nominee has been selected in advance for a policy.

In this case, the policyholder must designate a nominee who will be able to accept the claim payment on behalf of the minor nominee under the term insurance policy.

This may come off as odd. Why would you want to name a stranger (or someone who is not a member of your family) as the beneficiary of your life insurance policy?

Insurers generally won’t accept strangers (or non-family members) as nominees because of this peculiarity.

Therefore, even though one can suggest distant relatives or even friends, it will be highly challenging to demonstrate an “insurable interest.” Because of this and the moral hazard involved in designating such a nominee, the insurance company may reject the nomination or want more information.

The significance of the candidate need not be specific to one individual. In the case of life insurance, many people may be named nominees. You can also define the percentage of the death benefit that each nominee is entitled to. The insurer is not permitted to proceed and distribute the payout money equally among the candidates under such a provision.

Following are the benefits of appointing a nominee under your term insurance policy:

For them to collect the death benefit in the event of your untimely passing, it is crucial to name a nominee under your term insurance policy. The term insurance coverage allows you to name one or more candidates, including members of your family.

Here is the list of the blunders you must avoid while nominating for your life insurance.

As the policyholder, you must list multiple nominees in the nomination column, along with a specified proportion or the order in which they shall be paid.

If your dependents are unaware that you have an insurance policy in place to protect them, it will not be effective. Usually, out of insecurity or simple negligence, the insured is unwilling to inform the nominee.

Who Can Be a Nominee in insurance?

A nominee is someone chosen by the policyholder who will receive the financial benefits in the event of their death while the policy is in effect. The nominee is typically designated as the spouse, children, or parents.

In the past, there have been misunderstandings about the true status of nominees as legitimate heirs (other than nominees) who have attempted to claim the funds due to a lack of regulatory clarification. A concept known as a Beneficial Nominee was established in 2015 to address this issue and guarantee that the insurance proceeds reach the genuine and intended receivers.

When To Choose Nominee?

Calculating the necessary coverage for your family is crucial when deciding how to safeguard their financial future. You must comprehend the procedure’s terms and conditions, including the nominee definition. It is advised to proceed with the purchase after learning the nominee’s meaning and its implications.

The moment to decide who and what the nominee benefits are is typically at the beginning of the policy. Once the insurance policy is in force, however, you can also alter the nominee. As was previously stated, it is up to the policyholder to determine what is meant by a nominee in light of their specific financial situation.

With time, your preferences might change, and you might feel the need to choose a different person to receive the benefits. As a result, you have the choice to replace him or her at any time during the policy’s term.

Is Nominee Different from Beneficiary?

It is crucial to understand how a nominee differs from a beneficiary to comprehend the nominee’s intent effectively. The term “nominee” in the context of life insurance refers to a person’s legal claim to the policy’s cash value.

No one else, outside the individual or individuals listed as the beneficial nominee to the life insurance, is eligible to receive the benefits. The aforementioned beneficial nominees are entitled to the sum that the insurer is required to pay under the Insurance Laws (Amendment) Act, 2015. 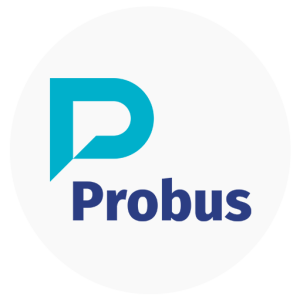 We are one of the prominent Insurance Broker , customarily from the retail clients paired along with its Pan India presence and also balanced with the finest blend of Life and Non-Life Insurance business.

Difference Between Insurance and Assurance

Do you feel that policy-related jargons are complicated? Are you dependent on your agents for financial planning? If yes, then you will definitely find

LIC introduces the unit-linked, non-participating individual pension plan — the New Pension Plus plan. Before investing, learn everything there is to know about the

The breadwinners of the family generally believe that buying a life insurance policy will keep their family secured in their absence. However, legal procedures

How To Check PLI Status?

PIL or Postal Life Insurance is a profitable scheme offered by the government to offer you higher returns on your life insurance plan premium.