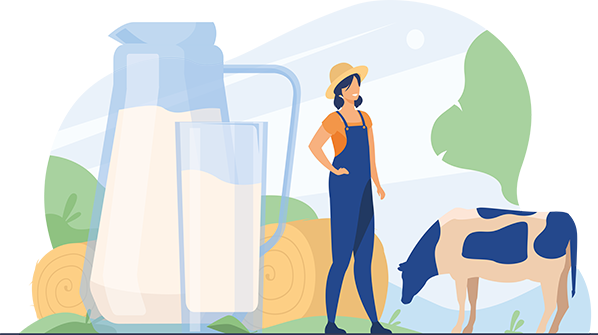 When agriculture is associated with calamities and risks that are beyond our control, it is vital to adopt preventative measures to limit the damage that farmers incur. Crop insurance is a type of insurance policy that protects and compensates farmers for market-dependent profit losses from product sales at the project crop yield or market.

Crop insurance aids in the stabilization of crop production and mitigate the negative impact it has on farmers’ life. Crop insurance has become a necessity for agricultural-related issues in light of the current situation.

Why Crop Insurance Is Important?

Crop insurance protects farmers’ crops from unforeseeable failures. Below are some of the reasons why crop insurance is essential for farmers:

When it comes to India, there are four major crop schemes that a farmer should consider buying. They are as follows:

The Scheme was implemented by Agriculture Insurance Company of India Limited for the Rabi 1999-2000 season, replacing the Comprehensive Crop Insurance Scheme (CCIS). The Scheme’s major goal was to compensate farmers for losses incurred as a result of crop failure due to natural calamities such as drought, flood, hailstorm, cyclone, fire, pest, diseases, and so on, in order to recover their credit. Regardless of the size of their holding, the scheme is open to all farmers, both loanee and non-loanee.

The Government of India formed a Joint Group to evaluate existing crop insurance plans in order to improve the scheme and make it easier and more farmer-friendly. A proposal for the Modified National Agricultural Insurance Scheme (MNAIS) was prepared based on the Joint Group’s recommendations and the views/comments of various stakeholders, and it was approved for pilot implementation in 50 districts during the remaining period of the 11th Plan from Rabi 2010 to Rabi 2011.

A Weather Based Crop Insurance Scheme (WBCIS) was launched in 20 states with the goal of bringing more farmers into the Crop Insurance fold. WBCIS tries to protect farmers from severe weather events such as drought, excess rain, high or low temperatures, humidity, and other factors that are thought to have a negative impact on crop productivity. It offers the advantage of resolving claims in the quickest time possible.

What Is Covered Under A Crop Insurance?

Who All Are Eligible To Buy Crop Insurance?

People belonging to the following categories are eligible to buy crop insurance:

How Does Crop Insurance Work?

Crop insurance works by protecting farmers and agricultural producers from crop loss due to extreme weather events such as floods, hail, and drought, as well as revenue loss owing to price fluctuations in the agricultural commodity market. It allows policyholders to insure their food crops, oilseeds, and annual commercial crops by submitting the relevant documentation and paying the premium.

The amount of coverage will be determined by a number of factors, including the type of crop, location, and catastrophe years in the area, as well as historical yield statistics. However, a policy must be chosen after assessing the risks and comparing the various plans and companies.

Crop insurance can be bought through an offline method. It is discussed as below:

Once the documentation process is completed, all your documents will be verified by the insurance provider. After the verification is done, you will be required to pay for the plan. You will get your plan with all of your policy documents.

One can file a claim against crop insurance by contacting the nearest branch of his/her respective insurance provider. After consulting with the executive, you need to share all the documents. Once the verification is done and if it’s a positive outcome, the insurance provider will process the claim.

Most frequent questions and answers about Crop Insurance FAQs

1. What method is used to determine crop loss in a specific area of land?

Individual assessments are typically undertaken in the insured area to determine loss at the pre-sowing, post-harvest, and crop cutting stages, as well as crop cutting experiments.

2. What is not covered under crop insurance?

Usually, the following things are not covered under a crop insurance plan:

3. What is the formula for calculating crop insurance?

The guarantee is computed by multiplying the average output by the crop coverage level chosen by the grower. If the production (harvested and appraised) is less than the guaranteed amount, an indemnity or loss payment may be owed.

4. What are the risks covered by PMFBY crop insurance?

The following risks are covered under the PMFBY crop insurance plan:

5. Who can apply for the PM Fasal Bima Yojana?

Farmers who have an insurable interest in notified crops and are growing them in a notified area during the season are eligible.

MNAIS is a step forward from NAIS in that it is based on actuarial premium rates. Farmers are projected to benefit more from this scheme as a result of the coverage of prevented sowing/planting risk and post-harvest losses, as well as an increase in the minimum indemnity level from 60% to 70% and a more precise assessment of threshold yield.

7. What would the MNAIS Sum Insured be for loanee farmers?