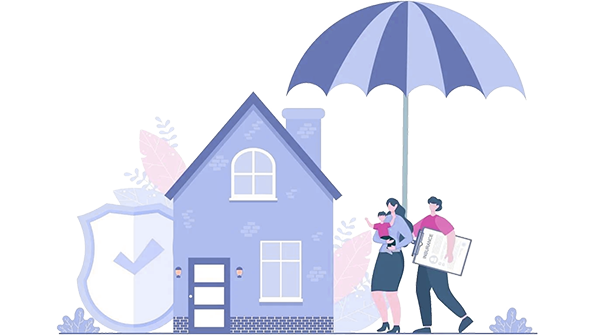 What is Decreasing Term Insurance Plan?

Decreasing term life insurance plan is one of the most basic insurance plans in case the policyholder passes away during the term plan period. The term plan provides financial stability and protection to the family in unpredicted circumstances.

Term insurance is one of the most economical ways to provide a financial shield to your family in your absence. It offers a high sum insured life cover for the low premium amount as all the premium goes in life cover fund. And so, the financial gurus advise that a term life insurance plan is a must-have insurance product to mitigate the impact of unforeseen problems.

What else is there to Decreasing Term Life Insurance Plan?

More than just a death coverage plan, decreasing term insurance also has a tax exemption of up to a maximum of Rs. 1.50 lakh as per section 80C of the Income Tax Act, 1961.

Things You Should Consider Before Buying a Decreasing Term Insurance Plan

Choose a plan that offers a maximum sum assured for the lowest premium to prevent the draining of your pockets.

Make sure that the insurance company you choose is credible in terms of its experience in the field, claim settlement process, etc.

Choose a plan that offers you essential riders like an accident, critical illness coverage, waiver of premium, etc.

Choose flexible plans, which means that the plan allows you to change the plan tenure according to your needs.

Make sure that the company you have opted for provides you with quick and easy claim settlement procedures without much delay and hassles.

Make sure that the insurance company you have chosen can cater to all your queries and requirements in an efficient manner.

Why Should You Buy Decreasing Term Life Insurance Plan?

Decreasing term life insurance plan is best for people whose liabilities will decrease later in life. The liabilities of a person are the most during the young working-age when they buy a house, car, start a family etc. As they progress in life and accumulate savings and pay off the big loans, the liabilities decrease.

Death due to Suicide or self-inflicted injury

Death due to the incident related to Adventure sports

Term insurance gives coverage only to death risks that are purely natural, accidental, or due to critical or terminal illness, which is not in the capacity of the policyholder.

In such cases, where the policyholder is aware that such adventurous sports may cause an injury or death and still is doing on their own will, is not covered. A typical life insurance policy does not include any incidence that happens due to adventure sports. However, there are insurance plans which especially cover adventure sports but charge a higher premium for its coverage. Some insurance companies may give you a plan but at a very high premium.

Insurance companies do not cover private aircraft rides. Only commercial airlines rides are included. If a policyholder dies in and private aircraft accident, then the nominee will not get the insurance payout.

HIV or sexually transmitted diseases are one of the exclusions of decreasing term insurance policy. If the policyholder dies due to AIDS or any HIV related diseases, then the death claim will be rejected by the life insurance company.

The death claims due to illnesses are verified by the insurance company to ensure that the illnesses were not pre-existing when the policy was purchased. This is done to avoid the fraud cases of the claim. If a medical test is done during the application process of the policy, then it confirms the health status of the policyholder.

At the time of the claim, it becomes easy for the insurance company to process the claim. Or if Suicide is proved as a murder and the beneficiary is shown to be involved in illicit acts, then there is no payout.

Use of drugs or excess medicine dosage

If the policyholder dies of consuming illegal drugs or excess intake of medicines or of medicines other than prescribed by Doctor, then the claim will get rejected.

However, if the premium is not made even at the end of the grace period, then the policy lapses. And there won’t be any payout for claims made post expiry of the policy.

1. Who should buy a Decreasing Term life Insurance Plan?

Individuals who have mortgages/home loans, car loans, personal loans, business loans should buy decreasing term life insurance. The life cover of the plan will decrease with decreasing the liability of the respective loans.

2. How to Choose the Best Decreasing Term Insurance Plan in 2019?

Before purchasing any term plan, it is essential to look at the best term plan options available to you. You need to thoroughly examine, analyze, compare and only then, finally select the best term insurance plan quote from all the available options. It is recommended to go online and compare all the term insurance options and choose the ones that best fit your individual needs and circumstances