Renew in just 5 mins.
No Inspection. No Paper Work 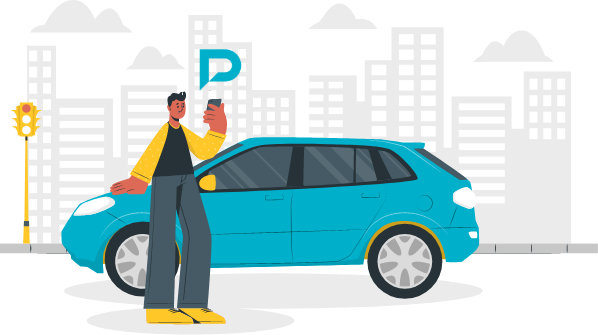 Getting car insurance on your vehicle offers not only financial security against unforeseen damages and losses but also saves you from any legal liabilities that may arise because of damages to any third party and their property. As per the Indian Motor Vehicles Act, 1988, car insurance is compulsory by the law for any vehicles that ply on Indian roads. You will find below the top IRDAI-approved car insurance companies in 2021.

How To Pick The Best Car Insurance Company For You?

Choosing the best car insurance company among a multitude of insurers can be a tough choice. Here are some factors you should consider before picking the one that’s best suited for you:

The Claim Settlement Ratio of an insurance company refers to the total number of claims settled as a percentage of the total number of claims received. If your insurance company has a higher claim settlement ratio, it indicates that they are genuine and are more likely to settle their claims. A lower ratio means they are more stringent in their claims processing and that getting your due amount could be more difficult.

The Insurance Regulatory and Development Authority in India is a government organization that supervises the implementation of rules and regulations by insurance companies in India. It also handles the overall development of and policies followed by the insurance sector in India.

If your insurance company is unregistered with the IRDAI, you may expose yourself to the following risks:

If you’re looking to make a choice between some of the top car insurers in the country, here are a few mentioned below, along with their headquarters and average claim settlement ratio. Hope this helps your decision-making.

Founded in 2001, Royal Sundaram General Insurance Co. Ltd. is a subsidiary of Sundaram Finance Group. It was the first private sector general insurance company in India to be licensed in October 2000 by the Insurance Regulatory and Development Authority of India.

The National Insurance Co. Ltd., founded in 1906, is a general insurance company owned by the Government of India. It falls under the management and supervision of the Ministry of Finance, Government of India. Set up by Gordhandas Dutia and Jeevan Das Dutia, the National Insurance Co. Ltd. still follows its tagline for more than a hundred years, “Trusted Since 1906”.

Bajaj Allianz General Insurance is an Indian private general insurance company in India that started in the year 2001. The insurance firm is a joint venture between Bajaj Finserv Limited (74% ownership) owned by the Bajaj Group of India and Allianz SE (26% ownership), a German financial services company. Out of the 97 filed and approved products listed by the firm, 27 products belong to the healthcare sector.

An insurance firm set up in 2007, Bharti AXA General Insurance Company Limited is a joint venture between Bharti Enterprises and AXA, with 51% and 49% ownership stakes, respectively. The firm is popular for its insurance products and services, offering health, personal accident, two-wheeler and commercial vehicle, travel, and other insurance products.

Founded in 2002, HDFC ERGO is a joint venture firm between HDFC (51% ownership) and ERGO International AG (49% ownership), one of the insurance entities of the Munich Re Group in Germany operating in the insurance field under the BFSI sector. The company offers several products across different sectors like retail, corporate, rural, etc. Some of its retail offerings include health, travel, home, personal accident, etc.

Edelweiss General Insurance Co. Ltd. is an insurance firm owned by the multinational corporation, the Edelweiss Group, and has been engaged in enriching the lives of millions of people for more than two decades. It is IRDAI registered and offers insurance products and services across various sectors like health, travel, motor, etc.

A 100%-owned subsidiary of Kotak Mahindra Bank Ltd., Kotak Mahindra General Insurance Co. Ltd. was set up in Mumbai in the year 2015. Its main objective was to ​​serve the growing non-life insurance needs of emerging India like Motor, Health, etc., through superlative customer service, quality, and innovation.

The Oriental Insurance Company Ltd. was set up soon after the Indian independence in September 1947 by the Government of India. The firm comes under the complete management and supervision of the Ministry of Finance, with its headquarters in New Delhi. Oriental Insurance Co. Ltd. has 31 regional offices and more than 1800 active branches across the country, with overseas branches in Nepal, Kuwait, and Dubai as well.

New Indian Assurance Co. Ltd. is another Indian government-owned general insurance company managed by the Ministry of Finance, Government of India. The firm is based in Mumbai, Maharashtra, and was founded by Sir Dorabji Tata in 1919. It was founded initially as a subsidiary of General Insurance Corporation of India (GIC) but became autonomous in the year 1999.

The company operates from over 136 branch offices across the country, offering simplified insurance solutions to enrich and enhance the lives of individuals and businesses in India.

Incorporated in 2016, Go Digit General Insurance Ltd. is a non-Government company whose primary objective is to make insurance simple and easy for the common man. It was started by Kamlesh Goyal and backed by the ​​Fairfax Group. The product offerings include car insurance, travel insurance, home insurance, commercial vehicle insurance, and shop insurance.

Iffco Tokio General Insurance Co. Ltd. is a joint venture insurance company between the Indian Farmers Fertilizer Co-operative (IFFCO) (51%) and the Tokio Marine Group (49%), one of the largest listed insurance groups in Japan. The company offers a comprehensive product bouquet of all lines of business such as Car Insurance, Two-wheeler Insurance, Health Insurance, Travel Insurance, and Home Insurance, including corporate policies such as property insurance and liability insurance

Tata AIG General Insurance Company Limited is a general insurance company that was set up as a joint venture between the Tata Group and American International Group in the year 2001. The Tata Group holds a 74% stake in the venture, while AIG holds a balance of 26%. It offers a range of general insurance products including insurance for automobile, home, personal accident, travel, energy, marine, property, and casualty as well as specialized financial lines.

Incorporated in 2016, Navi General Insurance Ltd. is a wholly-owned subsidiary of Navi Technologies. Though it was incorporated in 2016, it began operations only in November 2017. With a database of more than 1 million customers, it offers a variety of insurance solutions like health, motor, travel, property, commercial, etc.

Raheja QBE is a non-government company and a joint venture between Rajan Raheja Group and QBE Insurance, Australia’s second-largest global insurer. The company was set up in the year 2007 to create the most conducive environment for its customers and partners in the insurance segment.

United India Insurance Co. Ltd. is one of the leading government-owned insurance organizations in India. It was set up in the year 1938 and nationalized in the year 1972. The insurance firm is headquartered in Chennai and comes under the complete management and control of the Ministry of Finance, Government of India. Twelve Indian insurance companies, four co-operative insurance societies, five foreign insurers with Indian operations, and the general insurance operations of the southern region of Life Insurance Corporation of India were merged with United India Insurance Company Limited to form the company.

Established in the year 2007 as a joint venture between Indian Bank, Indian Overseas Bank, Karnataka Bank Ltd, Dabur Investment Corporation and a leading general insurer from Japan, Sompo Japan Insurance Inc., the Universal Sompo General Insurance Co. Ltd. is one of the leading insurers of the country. It has over 17 Zonal Offices, 86 Branch Offices, and a 1500 strong workforce, offering several products to its Retail, Rural, SME & Corporate customer segments.

Given the information above, you must choose wisely who you want your car insurance partner to be. The above-mentioned tips can help you make a safe and sound decision.